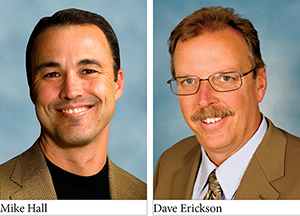 Dave Erickson and Michael Hall started their construction firm from the ground up. Literally.

Erickson and Hall launched the company after working together for several years at a large commercial construction company.

“Mike and I had the same outlook on the industry and the same ethics and views on how to run a business, and that’s what motivated us to be partners,” Erickson said. “We just started up and went out looking for work, which came in slowly the first six months. Our second job was an elementary school in Chula Vista. Then we landed projects in San Diego, Orange, Los Angeles, San Bernardino and Imperial counties. We now have 80 employees and satellite offices in Orange, Riverside and El Centro.”

Some early projects in San Diego helped the firm gain expertise that would serve it well.

“When we first started, we got into a Navy MACC (Multiple Award Construction Contract) program and part of it was doing design/build jobs,” Hall said. “One of the benefits of that was design/build experience that we were able to leverage in the rest of our public-works market. So when San Diego city schools started doing some design/build, we were well-positioned to deliver those projects. We had several really successful projects with the district.

“Our early design-build experience with the Navy afforded us the ability to grow and expand the preconstruction services we could deliver to our clients through a variety of alternative delivery processes. So now we bring a lot of expertise to the preconstruction phase, helping owners keep jobs on budget and giving them the best value moving forward. It also gave us a niche in the essential services market where we are now seeing many fire stations released for design/build delivery.”

The founders also are firm believers in using the latest design and construction technology. Erickson-Hall has a full BIM (building information modeling) department that performs pre-modeling with sub-trades that helps resolve design conflicts before work starts, and translates to better value and dollars saved in the overall project. Field superintendents are equipped with tablets and digitized plans as the company moves toward a paperless project administration. 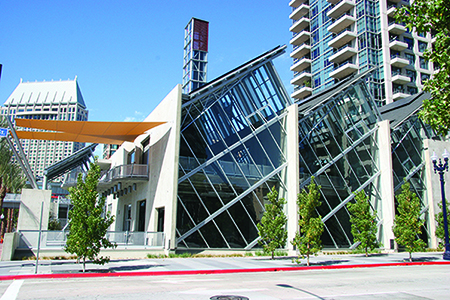 While the firm has concentrated experience in public sector projects, it is broadening its market sectors to include more higher-education and commercial assignments. One key to bringing in those types of assignments is the partners’ and staff’s commitment to providing clients with exceptional service.

“We put a team of senior people on our projects,” Hall said. “They sit on the same side of the table with our owners and their design teams. We help them identify and resolve issues early so once we hit the field, the projects run smoothly without expensive surprises. The end result is happy clients and when they have their next project, they want us to come back because we were solving issues, not creating them.

“A good example is the PLNU Smee Hall project, an 8,500-square foot addition to an existing campus library. This assignment was a challenge because the university did not want it to look like a building addition and it was sited in the center of the campus. We built it right through the middle of the school year, right in the middle of campus. It gave us a chance to display our expertise at working in the occupied environment, whether it’s a school campus or a tight site in a busy neighborhood. We have comprehensive experience executing construction safely.” 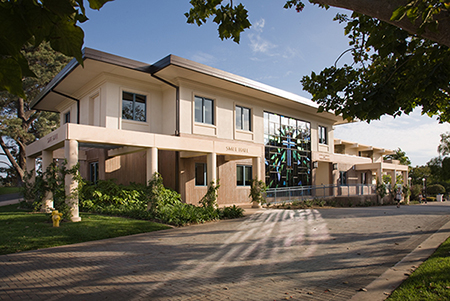 That experience will be demonstrated again soon at the University of Southern California, which has a private-public partnership with the city of Los Angeles for the replacement of Fire Station No. 15.

“We were just at a groundbreaking at USC for the construction of the new fire station on the campus,” Hall said. “USC is replacing the existing fire station so it can expand some of its student services. They’re donating some land to the city and we’re building a brand-new fire station for them. It’s a great move for USC. We were awarded the job based on our extensive experience in the design/build delivery of fire stations, which has proven beneficial in early identification of opportunities to avoid conflicts and save time and money.

“I was talking with one of the fire captains responsible for the entire construction program, and he said that when our team started interacting with them, we were asking a lot of questions. He said it’s actually refreshing to work with us because he realized our questions were really proactive, trying to resolve issues and bring value to the client. That’s a game-changer for them on how they approach projects. They’re looking at this job and hoping it might change the way they do business in the future.”